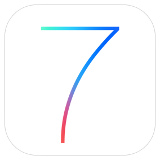 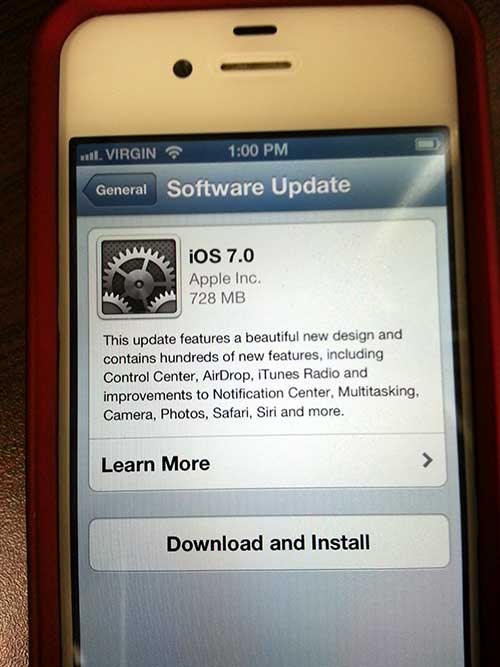 iOS 7 release date and time are today September 18, get ready to update!

Expected Canada and US release times are as follows:

UK: The update will be available to UK Apple users from 6pm this evening

China: The update will be available to China Apple users from 1 am Thursday

New iPhone 5S is also launched. It comes with A7 processor, faster and better. Better CPU performance, better graphics performance.. 56x better than the first iPhone. 10 hours of Battery life while on talk.

700th Million iOS devise to be shipped by Apple next month

Apple has officially confirmed that September 10 the launch date for Apple New iPhone. 10th of September might bring the latest iPhone 5s plus some new lower end iPhone devices for emerging markets and even local market. The year of 2012 some some much happening with Apple but 2013 has been a very lean period and sepetember 10 is the redemption time for Apple.

New pics released by an Australian boy via his website http://sonnydickson.com show a new sensor which is possiblly pointing to the new iPhone having iPhone 5S’ fingerprint sensor.

Update 3 – August 15, 2013– Apple today released ios 7 Beta 6 for developers. Lot of improvements so far. Apple is also scheduled to launch iPhone 5 S on September 10. As per new reports, the new iPhone 5S  would coming with 128GB storage option  including a new A7 system-on-a-chip (SoC) based on ARM’s 64-bit ARMv8 architecture.

Update 2 – July 9, 2013: Apple iOS 7: Beta 4 Release Date Coming July 22, but the iOS 7 is undergoing rigorous testing and is scheduled to be released by mid of September. Stay tuned for more updates. The Beta 3 was rolled out to developers on July 8. Apple today announce acquiring Locationary, a Canadian company that deals with  local business data and locations. The idea is come up with an impressive Google maps specializing in local business market. Great pick apple!   Update: Apple today released the revamped version of  iOS 7. Update 2: iOS 7 Beta Download is now now available for Registered Developers. Apple  released the first build of the iOS 7 Beta to developers yesterday and this is likely to be a long summer of beta testing until it comes in hopefully late September 2013. Finally the iOS 7 is coming in late September of 2013. The new design is a created by chief designers Jony Ive. and has a flatter and clean  interface of its smart device iOS operating system. Apple also announced new MacBooks today at the company’s annual conference for software developers in San Francisco. The new design was widely anticipated will show up on iPhones, iPad and iPod Touches this fall, the company said. Features of ios7 Control Center: This new features would let you quick access to the controls and apps with just a swipe. Simply swipe up from any screen — including the Lock screen — to do things like switch to Airplane mode, turn Wi-Fi on or off, or adjust the brightness of your display. Improved Notification Center The completely revamped Notification Center tells you your new emails, missed calls, to-do things and more. Multitasking Just like Andriod, now ios7 let’s you do multitasking features like switching between apps. Another important features with the new ios7 is that the apps would automatically update by itself. No more seeing the red sign on your app. Improved Camera The updated Camera in iOS 7 lets you shoot in different format including still, video, panorama, and now square — front and center.  The camera also comes with some unique filters similar to Instagram with lots of unique new variations. Stay tuned. iCloud Photo Sharing: Introducing new icloud features where you can share your pictures, videos and comments  with your favorite people by creating a shared photo stream. Share with your favorite people and it all appears on everyone’s iOS devices — automatically. Airdrop Airdrop was one of the most sought after features after Samsung made it quite popular with android. Now you can quickly share and easily share photos, videos, contacts — and anything else from any app with a Share button. Airdrop simply share these moments with a simple tap using Airdrop feature. Aelect the person you want to share with and simply tap and there you go. AirDrop uses Wi-Fi and Bluetooth to trasfer the media and the transfers are encrypted making it secure. iTune Radio iTunes Radio features streaming music from radio stations and is free as long as you can bear the ads with it. Apple 6 Apple is expected to launch it latest Apple 6 iPhone Device in Fall of 2013 tentatively in the month of October this year. It is expected that Apple 6 would be shipped with the most sought after iOS7 which has been long delayed due to design changes and other improvements. It is expected that some of the biggest changes are coming to iOS7 operating system as Apple has been under pressure to from it’s Bête noire Samsung due to the Galaxy flagship mobile sale surge. Features of iPhone 6 with iOS7 Apart from substantial changes in software aspect, there is also an expectation for some enhancements in the Physical device including high resolution camera, image stabilization, new kind of Panaromic view, sleek design and a unknown new port. On the Software size, we are expected to see better maps, Enhanced Multi-tasking or Multi windows feature, Better multitasking / and switching between apps with gestures and Ability to send attachments via Email. According to some of the rumors, your might see a bigger wider screen for new iPhone 6. Better Siri Among new changes, SIRI is sure to undergo great changes making it effectively faster, smarter, more accurate offering better integration with the Web providing faster results directly from the pages you’re looking for. Well we hope Apple comes up with some great innovation feature which it is known for in the past.