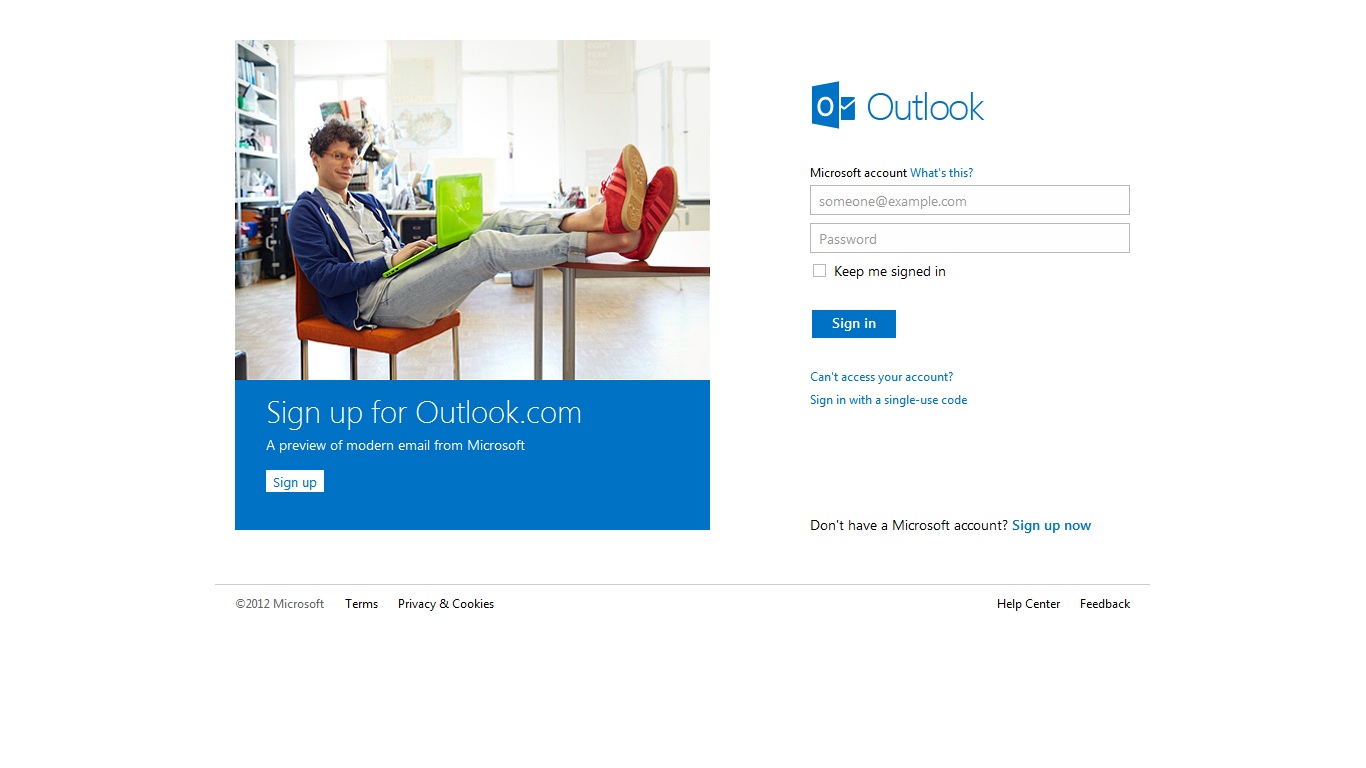 Who still uses Hotmail? Microsoft’s e-mail service has become synonymous with the lamest of the interent. Even the people that use it tend to make excuses when confronted by others. So what made hotmail so bad, and what did Microsoft do to change peoples perspectives on the service?

Hotmail hasn’t always been regarded as a poor service. In its hey day it was a very robust and socially acceptable option. This was mainly due to its key competitor being AOL, which actually charged clients for an e-mail adress. Hotmail was a very popular choice in its earliest stages and this eventually contributed to its downfall. Due to its popularity Microsoft’e email service has been overwhelmed with spam and junk mail. Finally, once other options began to appear, such as Google’s Gmail, Microsoft did little to improve the service- especially its most vital component. Through the years Microsoft has added more diverse social components to the email service, and has integrated it with skydrive. When signing-up for Microsoft’s services a hotmail account was mandatory, but in recent years Microsoft gave up on enforcing this issue.

With Windows 8 just over the horizon, Microsoft knew it had to do something about hotmail, and fast. Windows 8 is supposed to integrate directly with a users online account so the OS can pull information from the web, from friends, and contacts, to documents stored in skydrive and preference options- Microsofts take on iCloud. Well Microsoft has finally unveiled their new take on Hotmail, and theres more to it than a fresh new coat of paint.

Instead of accessing your account at hotmail.com, microsoft has decided to change things up and create an entirely new service, outlook.com- which provides an @outlook.com email address. It seems Microsoft is distancing itslef from Hotmail, but it hasn’t left the old service behind, as Hotmail adresses can log into outlook.com.

Aside from the visual changes ,which reflect Microsoft’s most recent design queues, Outlook.com has actually made the email experience more efficient. Everything is in place and easily accessed, you know where everything is as their ar no radical interface tweaks. Microsoft has taken what Google did best with Gmail, and has tried to do it better. And it may have actually pulled it off.

Now the question lies, will it be enough to pull people over to Microsofts email service. After some hardtimes with Hotmail, many people will never even consider the idea, and if you have an Android smartphone your already integrated with Google’s ecosystem. Apple also has its own email service but it dosen’t push adoption and doesn’t rely on it for its ecosystem.

On the other hand, Looking at the numbers good things are happeneing for Outlook.com. In its first 6 hours, the email service has already broken over 1 million users, which is no small feat. Judging from the other media sources there is definatley a lot of hype over the new service so its a matter of time till people try it out, and decide if they want to stick with it.

Microsoft has definitely pulled of a successful overhall for their email service, making it another viable option if you decide on switching. hotmail users will no longer be shamed by their email adresses, and can now provide their contact information with confidence.

Virtualization- Why Do You Need It?

Google Glasses, is this the future?